I am reading Sirach for 31 Days, writing about it here on The Littlest Way and linking up with other writers for the annual 31 Days Posts taking place October 1st through the 31st.  Why the Book of Sirach?  Because any book that begins with this sentence, “Wisdom comes from the Lord,” needs to be read, not once, not twice, but many times.  And why 31 Days?  Because I’m looking forward to not only reading the book of Sirach for 31 Days, but reading it with you!  And why me?  Well, as you get to know me, you’ll learn spending time in the scriptures was a life changing, turning point for me and I am passionate about sharing the truths I learned during those hard years with others. 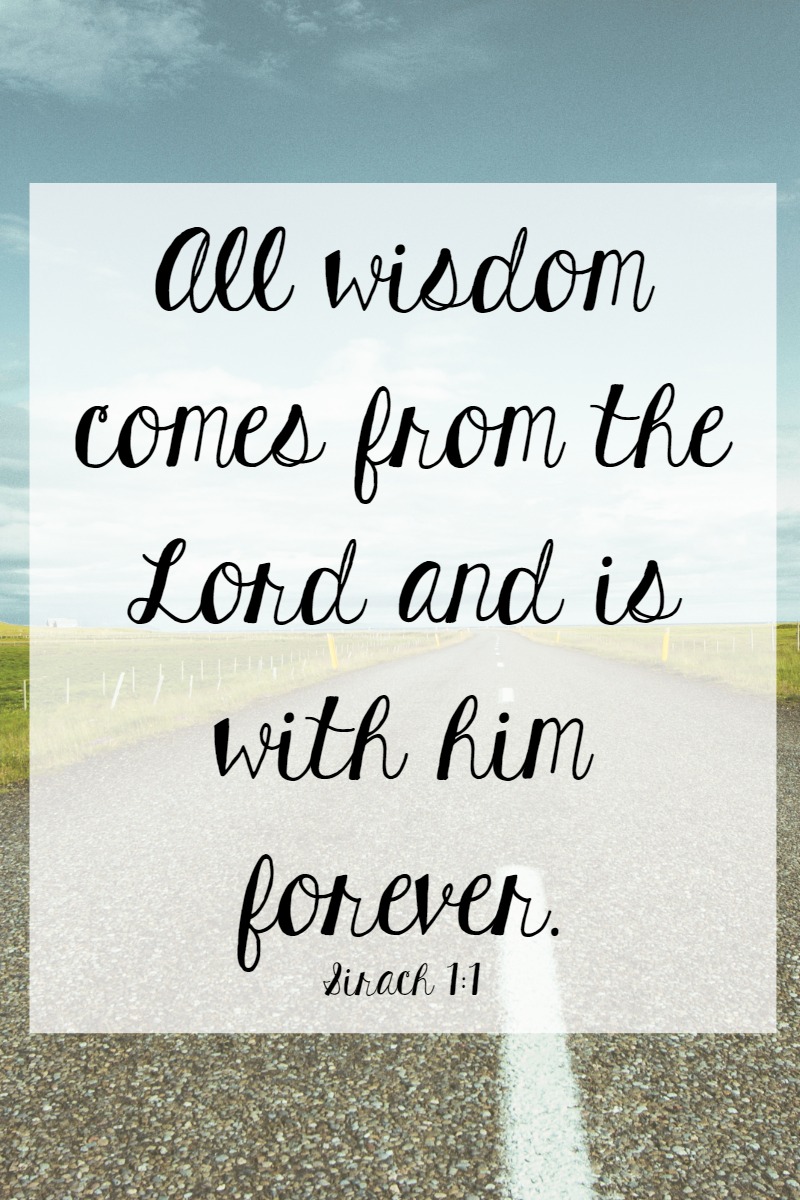 According to Wiki, “The Book of the All-Virtuous Wisdom of Joshua ben Sira, commonly called the Wisdom of Sirach or simply Sirach, and also known as the Book of Ecclesiasticus or Ben Sira, is a work of ethical teachings from approximately 200 to 175 BCE written by the Jewish scribe Shimon ben Yeshua ben Eliezer ben Sira of Jerusalem.

In Egypt, it was translated into Greek by the author’s grandson, who added a prologue. The Prologue to the Book of the All-Virtuous Wisdom of Joshua ben Sirach is generally considered the earliest witness to a canon of the books of the prophets, and thus the date of the text as we have it is the subject of intense scrutiny. The book itself is the largest wisdom book to have been preserved from antiquity.

Sirach is accepted as part of the Christian biblical canon by Catholics, Eastern Orthodox, and most Oriental Orthodox. The Anglican Church does not consider it canonical, but says it should be read, “for example of life and instruction of manners; but yet doth not apply them to establish any doctrine.” Similarly, theLutheran Churches include it in their lectionaries, and as a book proper for reading, devotion, and prayer. Its influence on early Christianity is evident, as it was explicitly cited in the Epistle of James, the Didache , and the Epistle of Barnabas.

Let’s keep it simple today.  I’m just going to share Sirach 1:1 to get us started.  This verse says it all and does the book of Sirach more justice than I ever could.  This version of Sirach 1:1 is taken from the King James Translation with Apocrypha.