When I slip out of the habit of daily affirmations, my mind is a little more scattered, my heart a little more troubled and my soul a little uneasy. I’ve been cruising along fine lately so I’ve slipped. I still say my daily affirmations but lately only when I feel a little anxious and not as a preemptive habit. My affirmations have become like a band-aid. And at least I know them and use them, but the thing is, once my peace has already been pricked, it takes longer for my mind to get back into a resting place. Does that make sense? It’s kind of like staying ahead of pain or a fever. Medicine will work after the fact and get the fever down or the pain back under control, it just takes longer.  Today I want to get ahead of the disruption, because that’s really what it is, a disruption.  So let’s consider a super simple daily affirmation…It’s gonna be alright. 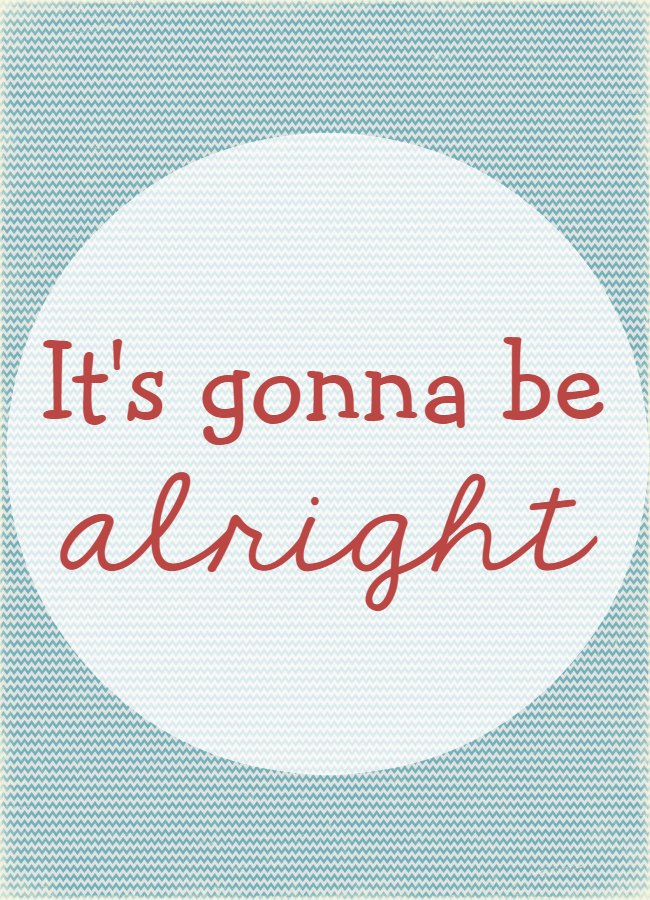 I maybe should have put a warning disclaimer in the newsletter about my thoughts and telling you to hit reply and sharing how I can pray for you. I mentioned that you didn’t need to tell me the specifics of your prayer needs because God knew. And while that’s mostly true, it’s also because when people start sharing their own struggles with obsessive thoughts, fears, depression, anxiety or any form of mental illness–I get twitchy. It’s too familiar, too close, too much of an easy button for the enemy to scare me with, “Hm, maybe I do have…maybe I was misdiagnosed…maybe…maybe…maybe.” There’s a great quote by General Douglas MacArthur that says, “The soldier above all others prays for peace because he alone bears the deepest wounds and scars of war.” I believe this to be absolutely true of spiritual, mental, emotional, and psychological was as well.

When my heart felt heavy after the death of my grandpa and I worried for my grandma, I had to tell myself, “It’s gonna be alright.”  I’ll be able to go on without him.  My grandma will be ok.  We’ll miss him, but it’s gonna be alright.  I reasoned If I believe in God–which I do.  If I love God–which I do.  If I believe His Word is true–which I do.  Then I must believe Romans 8:28, “We know that all things work together for good for those who love God, who are called according to his purpose.”

The burdens ya’ll are carrying that have come through my email as prayer requests are not only overwhelming to you as you carry them, but overwhelming to me as I read them. I have to remind myself that just because you’re suffering with something doesn’t mean I am or will be suffering with it. I really hope that doesn’t sound selfish, but it really is what it is. Like I mentioned earlier in the quote from MacArthur, “…the deepest wounds and scars of war.” I’ve found myself more and more in the last couple of days having to remind myself, “It’s gonna be alright,” for you and me.

But let’s talk about being proactive. Imagine for a minute what our day would look like, if in the morning, instead of waking up thinking or feeling behind in life before our eyes have even focused, we greet God with a declaration of “Servium–I will serve.” That way we assure ourselves, “It’s gonna be alright,” because God has totally got this! What if we believe from the get-go, there is nothing in this day that hasn’t passed through the hands of God before it reaches us. There most likely will be moments of turmoil and strife, disagreements, misunderstandings, and just plain ‘ol baloney–maybe even literally (not a baloney fan), but if we can just keep repeating to ourselves and maybe even those around us, “It’s gonna be alright,” it actually will be alright. And to even take it one step farther and realize, it already is alright because we love a God who loves us more.

To me, “It’s gonna be alright” is a breath.  Saying those four simple words is taking a breath to get through the moment.  You try it and see. Try it during a toddler tantrum, a teen misunderstanding, a marital disagreement, an insurance company phone call, a doctors appointment, a fall-on-your-knees moment of prayer, a traffic jam, a long grocery line, a broken washing machine, a sick baby, a middle of the night-can’t-go-back-to-sleep, a burned dinner, a noisy car ride, jostling a toddler in the back of the church, the death of a beloved grandpa.

“It’s gonna be alright” is big picture thinking. It’s knowing, this moment is not all there is. I believe and love a God who is the Alpha and Omega, the beginning and end. That is pretty big picture. His Word tells me, “For his anger is but for a moment; his favor is for a lifetime. Weeping may linger for the night, but joy comes with the morning.” (Psalm 30:5)  I may be sad, stressed, misunderstood, and worn out, but these feeling won’t last a lifetime.  I remind myself not to start using words like “always” and “never.”  I begin to replace negative words, feelings, and fears with “It’s gonna be alright.” 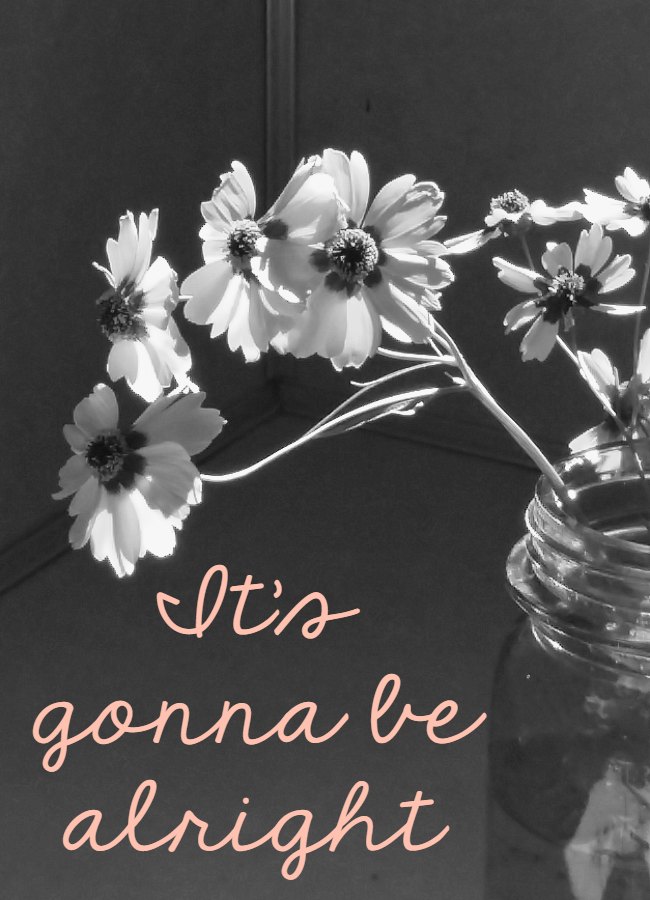 Here are some visual reminders, which are always a huge help to me when I’m forming or reinforcing a habit:
Every little thing is gonna be alright birdie necklace.
It’s gonna be ok owl art print.