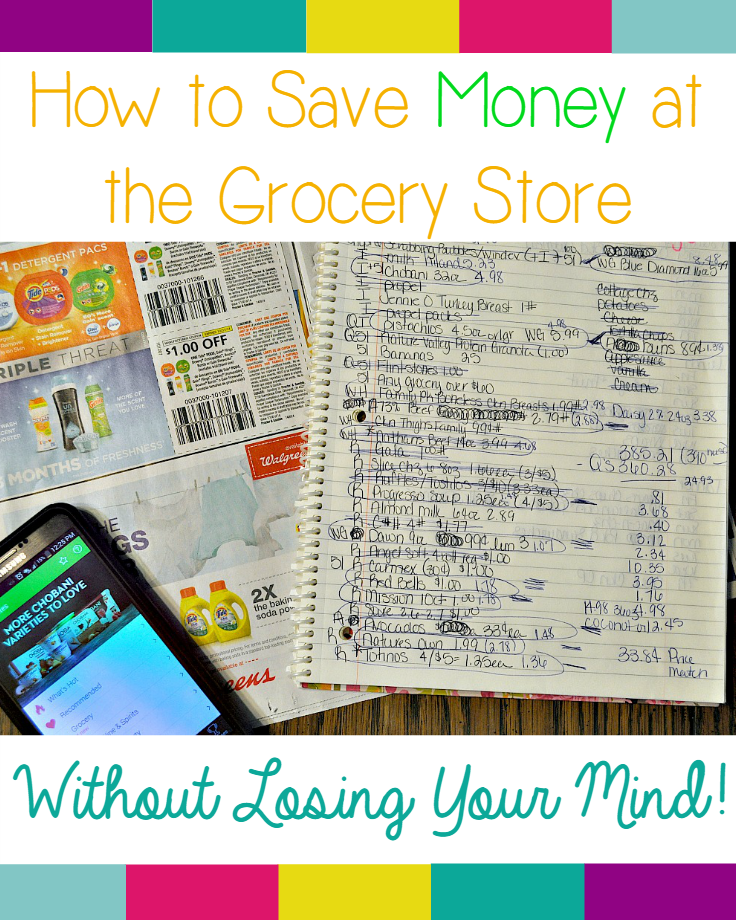 3. Meal Planning
So back to our Grocery Shopping and Money Saving planning. I have made my list of items on sale that I use and I’ve looked to see if I have any coupons for them. Now I look over that list and plan our meals for the week. If you grocery shop every other week or even monthly, you now do the same…build your meal plan from items on sale.

This has been a recent shift for me. I used to plan my menu first then match sale items to it. But it needs to be the other way around I believe. Using some of the examples I listed in How to Save Money at the Grocery Store Part 2…what if I didn’t have anything with avocadoes planned for this week’s menu? But then I plan a dish with avocadoes next week, when they are not on sale? Well, next week, after I made my list and checked the local sales, I wouldn’t see avocadoes listed in any sales, but they would be on my grocery list, so I’d buy a few at $1.48 each.  How about instead, I see avocadoes are on sale this week and we love avocadoes around here! So I make a meal plan that includes avocadoes this week while I can get them on the cheap.  If I meal plan according to the sales, I won’t be paying full price for most of the ingredients. {Tweet That!}

Using the examples from Part 1 of How to Save Money at the Grocery Store and Part 2…According to the sale ads and my coupons, I could purchase chicken breasts for $1.99 a pound verse the regular Walmart price of $2.98 a pound.  I could also buy some avocadoes at .33 cents instead of $1.48 each using my price match from Aldi plus I could save money on them using one of the apps on my phone.  I already had some dry pinto beans and canned tomatoes in the pantry.  I also had some Chili Powder, Cumin, Onion Powder, Garlic Powder and dried Oregano in the spice cabinet.  Looks like a good week to have Crock Pot Chicken Chili!

Oh, let’s consider one more important point which I need to change my thinking on.

It should not be about how much I saved, but how little I spent.  {Click Here to Tweet!}

It doesn’t save me anything if I “saved” $66.79 on things we don’t use and would never buy. For example. We are in the middle of soccer season right now…well, we should be but instead we’re fighting the respiratory virus from hell, anyway…I don’t usually buy sport drinks, but Veronica asked for some Gatorade for her tournaments when she’s out on the field all day for two days. I noticed one of the apps, Ibotta I think, had a .50 “coupon” on Propel water. At our Walmart, a single bottle of Propel is $1, but using my Ibotta app, I was able to purchase it for .50…that’s something we kind of needed. At the same time, there is also some change off a People Magazine. I could buy it and save so many cents off the purchase, but that’s not something I would buy normally. So I might “save” $1 off the purchase price of a magazine, but I spent $2 out of my grocery budget (or however much) to get the deal. I saved nothing.

Share some of the ways you try to save your grocery bill.

Each day there is more encouragement and even some laughs over on my Facebook page. Head over and “Like” me there for more.

« How to Save Money at the Grocery Store Part 2
The Book of Sirach: Wisdom Comes from the Lord »