In my Bible journaling today, I chose verse 13 to ponder.  We all have our tough seasons don’t we?  And sometimes, just because our tough season doesn’t look like cancer or job lay-off, we just plow right through because, “Someone is worse off than me.”  And that’s true, there probably is someone worse off than we are, but that doesn’t mean we’re not in a tough season.  Let’s grant ourselves the grace to lean into a hard season.  Not lean toward the hard, but lean toward the grace available in the hard.

I’ve found that a tough season doesn’t go away because I work harder in it?  I’ve also found that a tough season has a specific noise about it.  Our Lord and His Apostles had those times.  They were preaching, teaching and healing…dodging those who already hated them and living a nomadic life.  And when Jesus hears about John being beheaded, well, He needed some time to refresh…in the quiet.  But people soon followed so His season of quiet was short lived…but He sought it, and what if that was enough?

What if seeking external quiet produces a spirit of internal quiet and that’s enough to refresh?

states, “He retired in order that He might refresh, by a season of quiet, His Apostles, who were now returning from their preaching, and were wearied with their many labours.”

I’m living out my own tough season right now, and although not as a disastrous as some, it’s a burden for me. But I find when I have the intention of seeking quiet, I start to find small pockets of it literally and figuratively. Or rather, maybe I’m just not filling in more noise so it seems like quiet? Hmm? 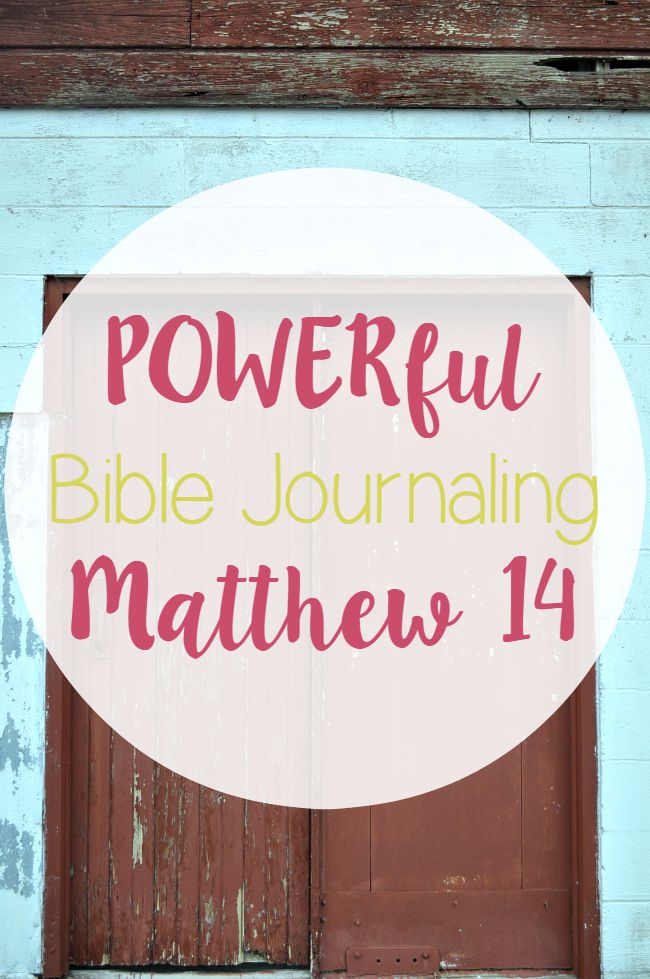 P –I do not want to complain about my circumstances right now, but I also do not want to ignore them. My “hard things” can look pretty darn easy to some. That’s ok. Only God knows my heart and he knows what has stretched me thin and why.

O –I love that Matthew 14 shows a compassionate Jesus. He’s obviously moved by John’s death. He has compassion on the crowd following Him. He tells the disciples to go on ahead while He disperses the crowd–something He could have handed off to them. He calms the storm and when back on land lets those thronging after Him touch His garment to be healed. His compassion was great in very small acts.

W —vs 13…When Jesus heard about John, he left in a boat and went to a place where he could be alone. The crowds heard about this and followed him on foot from the cities.

R –Lord, I want BIG compassion. In this chapter which shows Your awesome compassion, it also also tells of the time You sought quiet. I think they are connected.

Please leave your POWERful reflections in the comments.