If you’ve ever listened to Dave Ramsey’s radio show, you’ll be familiar with the phrase, “Better than I deserve.” You see, when someone calls in and asks Dave how he is doing, he answers, “Better than I deserve.” Now I’m not going to delve into any angle of theology or affirmations on that phrase. What I am going to tell you is a little story about how God my Father in Heaven treated me with nothing but love, kindness and a double blessing last week. This post is meant to encourage, not brag. And since that day last week, I’ve been more aware of the little gifts God gives me each and every day.

Better Than I Deserve 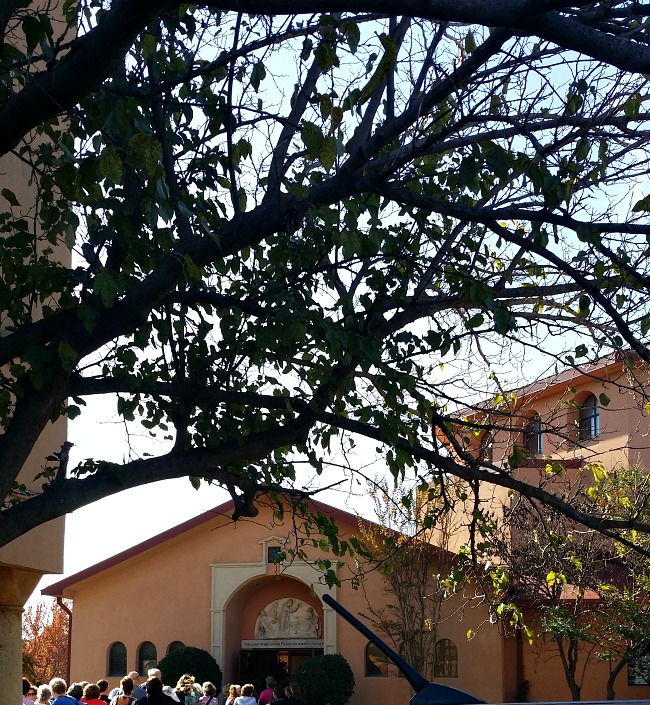 Last week the relics of Saint Maria Goretti were in the city near us. The kids and I were so excited that one of the locations of the veneration would be in the small town near us saving us from having to go into the city at night. We figured the smaller church verse the Cathedral would be better suited to taking younger children plus it would be during the day and our nights seem to fill up quickly with various activities and errands. So we made a plan to go after the Mass but before I had to take my daughter to work.

The Mass ran over. There were people everywhere. The lines were long…really long. We had to park a ways away. But we stood in line, hoping it would start moving and we could venerate the relics before we had to leave. The line barely moved. More people kept getting in line behind us. I eventually had to make the decision to leave to take my daughter to work 15 minutes away…after standing in line all that time and getting no where.

I would be gone only about 30 minutes so I made the decision to leave the rest of the children in line, hoping by the time I got back the line would have moved closer and I could just jump back in with my children.

The line did move while I was gone. After I found a parking spot and was just about to reach the church…I saw my children just walking out the door of the church; they had just venerated the relics of Saint Maria Goretti. The line was still outside stretched around the church and they were supposed to be closing in 10 minutes to move her relics to another church, the one in the city.  I knew I didn’t have time to get back in line.

Not to sound all dramatic like a novel, but…I turned on my heel, hot tears stinging my eyes. I had missed it. I walked quickly, all the way back to where I parked, with my children following behind me. They knew I was upset. They knew I was disappointed. They knew I was holding back tears.

They saw a friend getting out of her car with her small children and they stopped and chatted. I kept on walking and holding back tears. Really the way that should read is, “I continued on, throwing my adult temper tantrum internally.”

I called Chris to tell him what had happened. And he told me he would cancel his plans so I could go into the city to the Cathedral to venerate the relics. I didn’t even know what to say except “Thank you.” I married better than I deserve. 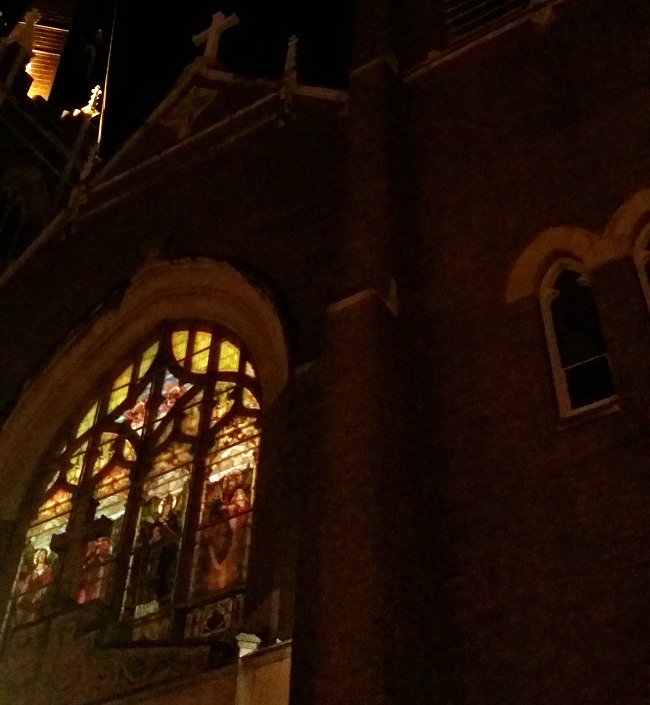 I texted to see if Bernadette wanted to go since she had to leave early to go to work and she said “Yes please!” Anna wanted to go again so she and I picked Bernadette up from work and headed into town. The lines were already long. The Mass was running over. The usher told us to expect at least a two hour wait.

I think we may have actually waited about two hours. But once the line started moving it moved pretty quickly. And when we came out of the church, there was only a short line, “Maybe 15 minutes” the usher told us. So we got back in line to venerate her relics one more time. Better than I deserve.

The Lord not only granted the desire of my heart to venerate the relics of Saint Maria Goretti…He granted it twice. He granted it in spite of my internal temper tantrum. Sometimes, actual MANY times, His grace and mercy are overwhelming to me because they are better than I think I deserve.