If you’ve ever Googled Mother Teresa, you’ve seen it right? Tucked in between links that lead to virtual sainthood there are links questioning everything from her social acquaintances, medical knowledge, use of funds, and every.little.thing she ever said–publically or “privately.” It makes me a little, no VERY concerned for the future saint forecast. I’m thinking the only way to become a saint from here on out is martyrdom.

Did you know Saint Gerard Majella used to lick the sidewalk in penance and reparation? Even though his friends believe he never committed a sin. I’m not sure that story would bode well for him today. I’m pretty sure canonization wouldn’t even be a consideration for him based on that fact alone. But wait, there’s more! He was also accused of improper conduct toward a young woman. He remained silent during the months that followed the accusations–silent for months. Nowadays he would have already been tried, convicted and sentenced in that period of time. I think our good St. Gerard would fall under the titles of “Scandalous” and “Just Plain Weird.”

St. Vincent de Paul was accused of taking money from a notable judge he was staying with. He calmly defended himself even though his closest friends believed he had taken the money–time to get new friends? For six long years, he was considered guilty–six years! I’m not a lawyer but I’m pretty sure that’s less time than today’s penal sentence for theft. He was finally cleared but if he lived today…sainthood would have been out.of.the.question! St. Vincent de Paul would definitely go under our “Scandalous” category.

St. Joseph of Cupertino levitated and is reported to have had some form of mental disability. I’m pretty confident we would need to place him in the “Just Plain Weird” column. In our modern age, his levitation would have made him a social media star if not a popular Las Vegas show…but not a saint.

St. Padre Pio was a mystic who had the stigmata, could read souls, bilocate, talk to angels, and had physical fights with Satan. Holy? Scandalous? or Just Plain Weird? Sainthood? Penitentiary? or Institution?

Saint Paul? A notorious Christian killer. Just think about that one for a minute.

And any saint who is quoted as saying, “Grant me chastity and continence, but not yet,” was busy doing something unsaintly.[note]St. Augustine[/note]

Jesus spoke to and allowed a known prostitute to…gasp!…touch Him! He ate with unlawful tax collectors. It is once recorded He flipped over tables in a rage while visiting the Temple–can anyone say “Destruction of public property?” He called Himself the “Son of God” and is reported to have walked on water, raised the dead and cured the sick. I’m pretty sure each one of those actions would be heavily scrutinized if His name were to be mentioned for canonization. If His name were to even be mentioned–even one of those actions could be enough to keep Him from being considered.

What’s a person Gotta Do to Be Canonized Nowadays? 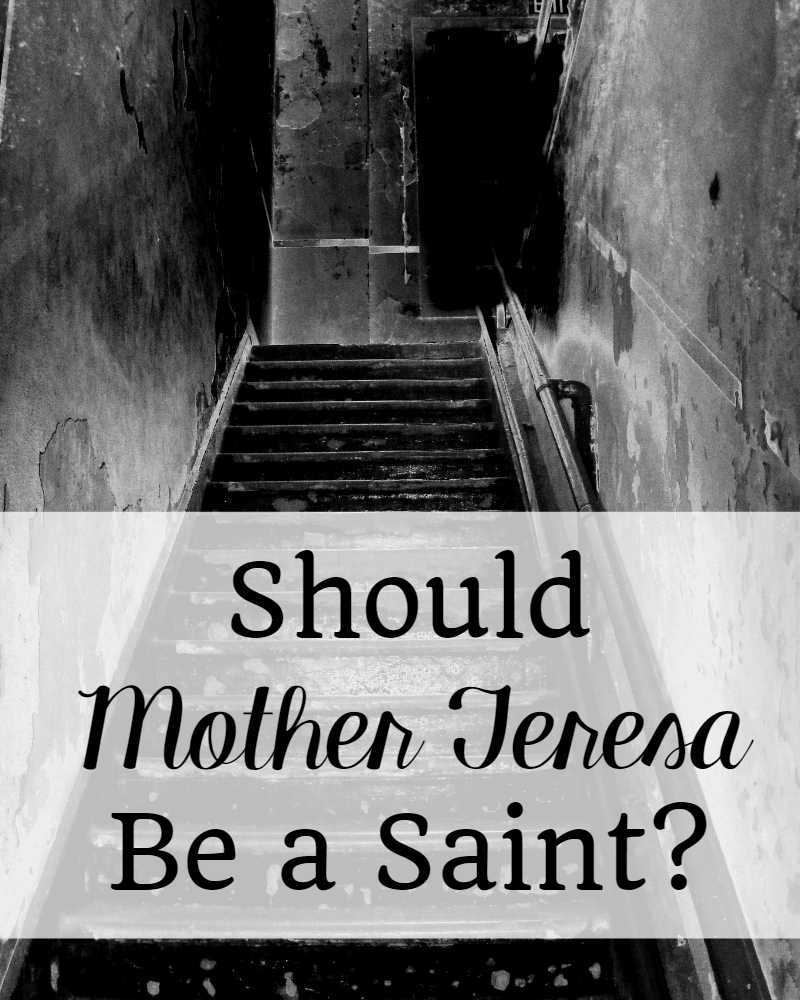 There are 12 conditions that must be met in order to be declared a saint. And depending on how loose you want to interpret number 11, it could exclude Jesus. “All cures must be instantaneous and complete.” Do you remember the story of Jesus curing the Ten Lepers? The story is found in Luke 17:11-19 and here’s an excerpt,

When he saw them, he said, “Go, show yourselves to the priests.” And as they went, they were cleansed.

Did you pay attention to the words, “And as they went…” Their cure didn’t happen until they started walking. So does instantaneous mean as soon as He spoke the words or cured all at once? Because there’s a delay between “Go show yourselves…” and the cure. Or does it mean once the cure begins it happens instantaneously? Or am I splitting hairs here?

And another requirement, “The candidate must have lived a life of extraordinary asceticism, self-denial, faith, good works and inspirational virtue, often helping the poor and sick.” Does that mean if my children are called in to testify on my behalf and one of them relates the, ahem, one time I said a cuss word, I’m out? What about if they ask my friends, “Did she say her morning prayers every.single.morning?” If they ask my husband who always ate the last cookie and he said me, does that prove I lacked saintly self-denial?

Let’s consider this. Maybe I did eat the last cookie, say a cuss word once and say my morning prayers in the afternoon or right before bed at night. But what if I was truly sorry for those things? What if I spent a great deal of time performing acts of penance for that cuss word? Acts of penance no one knew about because I didn’t go around talking about them.

What if I did something publically scandalous, later repented and spent the rest of my life performing acts of penance for it? Would the publicity of the scandalous act and the privacy of the penance keep me from sainthood?

And what about my friends and acquaintances? I’m friends with a family whose son was sent to prison. I have family members who have been arrested for driving under the influence, abused alcohol and drugs and been accused of theft. I’ve bounced checks, been drunk, and wore very immodest clothing. I’ve watched scandalous television–I am part of the MTV generation for goodness sakes. I’ve not only listened to but sang along to scandalous song lyrics. I used to listen to “Bad Leroy Brown” by Jim Croce just so I could “legally” say “Damn” when I was a kid. I’ve gone to bars, cussed, sped and lied about being sick to skip work. I once played with an Ouija board when I was a little kid my sister and I found in the back of my grandma’s closet. I then secretly threw it in the trash when I was older and knew exactly what it was.  I grew up reading trashy novels for goodness sakes! As a matter of fact, just in case anyone was watching and publically scandalized, I accidentally stole some salsa from the store the other day and forgot to let them know for 3 whole weeks! By the time I finally remembered to call and confess, they said, “Don’t worry about it.”

At this point in life, do I have any chance of becoming a saint?

If anyone who’s been watching me over the years witnessed even just one of those discrepancies, I’d be out of the cause for canonization! Even though.  Even though, I’ve deeply regretted those sins and faults. I’ve confessed the confessable and daily strive to win the battle of virtue over vice. But very few, if any, see those actions.

The next time we start talking about the underserved canonization of a particular saint, or listen to someone complaining about a canonization, let’s stop and reflect on our own transgressions–public and private. Let’s reflect on our own forms of penance and repentance–public and private. If we are so quick to judge and disqualify a person from sainthood based on what we’ve seen or heard about them, is there any hope for us?